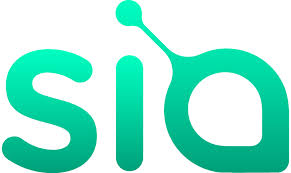 Our first alternative cryptocurrency coin to be profiled is called Sia.

Sia is a company that bills itself  as offering “cloud storage on the blockchain.” They split and encrypt a users data across cloud servers. As such they claim to be able to reduce costs,  charging $2 per month vs $23 per month for similar bandwidth for Amazon web services.

Sia is run by a company called Nebulous out of Boston MA and their website is here.

If we look at the company’s actual fund raising ability, they have collected a mere $750,000 from investors, and revenues are citied in the thousands of dollars.

Nebukuous only owsn 1% iof ht coins and notes theese conis were issued as a way opf paying for trasnactions, not for specualtion.

How doe Nebulous CEO David Vorrik think the end result of rampan specualtion of Sia coins will be heading?

“I think this is going to end in tears,” he told the Boston Globe in August.  “The [Sia] tokens are for using the service, not for speculating, and it’s our job to keep them stable, not to bump them.”